4 Facts of Life You Should Know but Probably Don’t 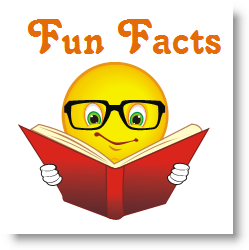 Life is one of those things that tends to pass many people by. You let your days run together, as you work to put food on the table and keep a roof over your family’s head. However, there are some strange and wonderful facts that you should know about life, but probably don’t. Here are four that you want to know right now.

Humans may have been on the Earth for hundreds of thousands of years, but life expectancy hasn’t increased as much as it has lately. In fact, in the last 50 years, it has increased much more than ever before. This is all thanks to better understanding in diet, medicine and science.

Your Skin Replaces Itself More Than You Think

How often do you think your skin has replaced itself? Probably more than you think. In your lifetime, you will find your skin replaces itself on average 900 times! Skin cells die but they are shed and replaced by new cells to keep your skin looking beautiful.

In your whole life time, you will spend on average three months on the toilet. Just think how much you could get done in that time. No wonder people read and take crosswords with them!

You May Be Living On More Than Most

If you think your $20 (£12) per day wage isn’t a lot to live on, you will have more than the majority of the world’s population. It’s been found that 80 percent of people in the world live on less than $10 (£6) per day. Yes, some of those people live in countries with a lower living standard, but many of them live in western countries and are living below the poverty line.

Just think about the facts that you didn’t know before now. Some are just fun little snippets, but others will really make you think, especially that last one.

The Author has not yet added any info about himself

This site uses Akismet to reduce spam. Learn how your comment data is processed.

How to Pick the Perfect Honeymoon Destination

How to Organise a Party